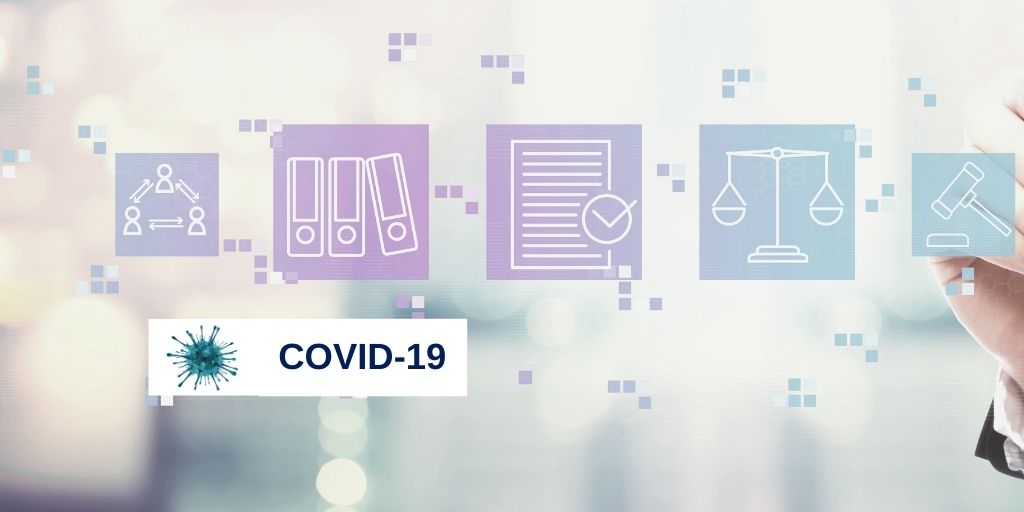 The Companies (Miscellaneous Provisions) (Covid-19) Bill 2020 proposes to address certain compliance challenges being faced by companies and industrial and provident societies due to the COVID-19 pandemic where compliance under the Companies Act 2014 (CA 2014) and the Industrial and Provident Societies Acts 1893 (as amended) (1893 Act) may not be possible due to the social distancing measures in place.

The Bill introduces various “interim provisions” that will amend various existing provisions of the CA 2014 and the 1893 Act for an “interim period”.

These “interim provisions” include practical solutions to, for example, the execution of documents under seal by a company where it is proposed that such documents can be signed on behalf of the company in multiple counterparts as well as provisions allowing for the convening of shareholder meetings by electronic means.  Important protective measures are also included in the Bill with the view to facilitating the survival of viable businesses and retaining employment during the “interim period” and in the aftermath of the Covid-19 pandemic such as the proposed raising of the threshold for when a creditor can apply for an order to wind-up a company from €10,000 to €50,000 and the extension to the period for which an examiner has to examine the affairs of a company in examinership from 100 days to 150 days.

It is the intention that the Bill will be fast-tracked through the Oireachtas to enactment.

We have outlined below the key definitions and interim provisions contained in the Bill, setting out how they will affect the management and operation of Irish limited companies and industrial and provident societies during the interim period.

Section 2(1) of the 2014 Act is to be amended by insertion of the following definitions of “Covid-19” being “a disease caused by infection with the virus SARS-CoV-2” and the “interim period” being “the period coming into effect on the date of enactment of the Bill and ended on 31 December 2020”.

This section provides that the interim period can be extended by order of the Government having regard to: (a) the threat to public health presented by Covid-19, (b) the highly contagious nature of that disease, (c) the need to restrict the movement of persons in order to prevent the spread of the disease among the population and the effect that such restriction may have on travel and meetings, and (d) the need to mitigate the economic effects arising from Covid-19, and the making of such order is in the public interest.

Section 43A:  sealing by companies shall remain in operation during the interim period

This section provides that sealing by companies shall remain in operation during the interim period, but this section enables documents to be executed under seal in different counterparts, with the aggregate of the documents when combined to be considered to be one instrument.

Section 174A:  general meetings convened and held during the interim period

This section provides that a company is not obliged, during the interim period, to hold an annual general meeting during the period required under the 2014 Act or the company’s constitution, provided that the meeting is held by 31 December 2020 at the latest.

This section also expressly provides that a general meeting of a company’s members may be held wholly or partly by the use of electronic communications technology provided those entitled to attend have a reasonable opportunity to participate. If an electronic means of communication is provided by the company, the technology used should ensure that attendees can hear what is being discussed, and to the extent entitled under the constitution of the company, during the meeting to speak and to submit questions and comments orally to the chairperson.  The technology used should also provide a mechanism for casting votes (either before or during the meeting).  Furthermore, the company that is holding the electronic meeting is required to ensure, as far as is practicable, that any electronic communication used by the relevant attendee at such meeting is secure, and that the platform used minimises the risk of data corruption and/or unauthorised access.

The Minister for Business, Enterprise and Innovation may make regulations to give further effect to the provisions in this section, including to further regulate (a) the convening and conduct of the meetings; (b) attendance at the meetings; and (c) access to and participation in the meetings.

In conjunction with the changes proposed by Section 174A, it is proposed that Section 181 should be amended to include information that must be included in the notice for general meetings to be held electronically including the electronic platform to be used for the meeting; and the procedure to be adopted for voting on resolutions proposed to be passed at the meeting.

Section 186A:   withdrawal or amendment of dividend resolutions

Where the directors have previously recommended a dividend to be adopted by resolution at a general meeting, Section 186A allows them to withdraw that resolution for consideration or to amend it by reducing the amount of the dividend recommended.

Section 195A:  voting on resolutions at general meetings during interim period

This section provides that where, during the interim period, a general meeting is conducted by way of electronic communications technology, the chairperson of the meeting may conduct a vote to decide on a resolution by a show of hands of every member who is participating in the meeting by way of such technology where the chairperson is of the opinion that he or she can identify the members entitled to vote and verify the content of voting instructions relating to the resolution.

Section 534A:  power of the Court to extend the period in which the examiner can present a report to the Court

Section 570A:  circumstances in which company deemed to be unable to pay its debts during the interim period and consequential matters

This section provides that a company shall be deemed to be unable to pay its debts, if one or more creditors is indebted in a sum exceeding €50,000 and the company has for 21 days since the service of the demand, neglected to pay the sum.

The net effect of this amendment means that where a company is technically insolvent (i.e. unable to pay its debts as they fall due) during the “interim period” a creditor will only be able to bring an application for an order for the winding-up of that company where the debt owed amounts to €50,000 or above. This is a notable increase from the existing threshold of €10,000.

Section 690(A):  convening of creditors' meetings virtually and by electronic means during the interim period

Similar to Section 175A in relation to meetings of members, this section provides that a creditor’s meeting may be held wholly or partly by the use of electronic communications technology during the interim period, provided all those entitled to attend have a reasonable opportunity to participate. If electronic technology is provided by the relevant person holding the meeting, the relevant person must ensure that attendees can hear what is being discussed, and the technology used should also provide a mechanism for casting votes (either before or during the meeting). The relevant person must also ensure, as far as practicable, that any electronic communication used by the relevant attendee at such meeting is secure, and that the platform used minimises the risk of data corruption and/or unauthorised access.

Amendment to Section 1103 of the CA 2014:  meetings of public limited companies

Section 1103 of the 2014 Act is to be amended by the insertion of a new subsection to provide for modified provisions for public limited companies where it is expressly provided that a general meeting of a public limited company that is proposed to held during the “interim period” may take place wholly or partly by the use of electronic communications technology.

Section 79 of the 1893 Act is amended by the insertion of the same definitions of “Covid-19” and “interim period” that were set out above when discussing the amendments to Section 2 of the CA 2014.

This section provides that the interim period can be extended by order of the government having regard to the same matters as those listed above when discussing Section 12A of the CA 2014.

This section provides that a general meeting convened or held by a registered society may be conducted wholly by the use of electronic communications technology that provides members as a whole, entitled to attend, with a reasonable opportunity to participate in the meeting.

This section also empowers the Minister for Business, Enterprise and Innovation to introduce regulations to give further effect to this provision.

Proposals advanced by certain organisations, including the Company Law Review Group, for relief for directors from the risk of restriction or imposition of personal liability for reckless trading during the pandemic are not reflected in the Bill.   If those proposals had been included, the common law duty that a director has to his creditors would have been put on a statutory footing. This is viewed by some stakeholders as a lost opportunity.

One of the primary objectives of the Companies Act 2014 was to establish a modern framework for Irish company law and to enhance Ireland’s reputation as an attractive location to do business. We feel that some of the changes outlined in this article could provide a template for future permanent amendments to the CA 2014. For example, the provisions relating to electronic meetings and the flexibility provided for in the amended sealing requirements should be considered for retention.

It is hoped that once the Bill is enacted it will alleviate some of the operational challenges brought about by the COVID-19 pandemic for those managing Irish companies and industrial and provident societies.  It is further hoped that the measures in the Bill relating to corporate insolvency and examinership will support viable businesses that are struggling in the difficult trading conditions resulting from the COVID-19 pandemic.