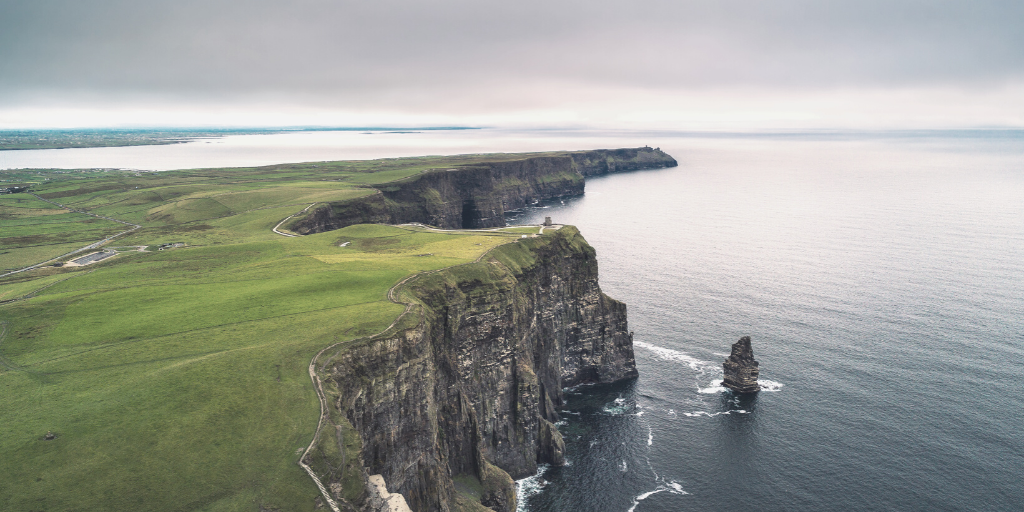 By 2040, it is expected that the population in Ireland will have increased to nearly 6 million people, resulting in a requirement for 660,000 additional jobs that need to be created.

On 16 February 2018, the Irish government announced its overarching policy and planning initiative to prepare Ireland for the future:  Project Ireland 2040.

The 10-year €116 billion National Development Plan represents a dramatic increase in public investment for Ireland, and will make Ireland a European leader for investment.

The linking of the planning and investment policies focuses not just on bricks and mortar, but on social, economic and cultural development, for long term sustainable growth.

There is a major transport focus to link all parts of Ireland, improving public transport networks in cities, and filling gaps in the North-west.

There is €22 billion allocated to a climate change programme across transport, energy and commercial State agencies, with a spotlight on renewable energies and electric vehicles.

The National Development Plan sets out specific projects and goals as well as targeting in excess of 660,000 additional jobs in the period up to 2040.

The following are just some of the plans that are set to prepare Ireland for its changing needs.

New Funds to be Established

The plan provides for four new funds totalling €4 billion as set out below.

The funds are to be allocated on the basis of a competitive bidding process, designed to encourage collaborative bidding/proposals, and which will also, where appropriate and practical, seek to leverage additional private investment:

The plan recognises a need to provide in excess of half-a-million more homes over the period to 2040 corresponding to a long-term trend of 25,000 new homes every year.  Some 40%of all new housing will be built in cities, towns and villages on infill and/or brownfield sites and 30% elsewhere.  The State will commit to the provision of 112,000 new social housing homes by 2027 costing €11.6 billion.

The plan includes the establishment of a new public body, the National Regeneration and Development Agency with a task to identify publicly owned or controlled lands (and strategic land in private ownership, if relevant) in key locations which have the potential for master planning and re-purposing for strategic development aligned to the NPF.

Spending of €10.9 billion has been allocated to health projects across Ireland.  This is to include the construction of a new children’s hospital at St James’s Hospital campus in Dublin and the replacement of the four major standalone maternity hospitals by relocating them to established hospital campuses.  There will also be a programme for further Primary Care Centre construction across the country.

The State is setting an objective of €21.8 billion (€7.6 billion Exchequer / €14.2 billion non-Exchequer) to be spent on projects transitioning Ireland to a low-carbon and climate-resilient society.  It will include the projects listed below.

The National Planning Framework is the Government’s high-level strategic plan for shaping the future growth and development of the State.  It is intended as a framework to guide public and private investment and to create and promote opportunities.

The ten key strategic outcomes set by the framework are outlined below.

The framework notes that more balanced growth also means more concentrated growth.  Five cities of population size greater than 50,000 people, being Dublin, Cork, Limerick, Galway and Waterford are targeted for 50% of overall national growth between them, with Ireland’s towns, villages and rural areas accommodating the other 50% of growth.

A priority is to ensure the enhancement and upgrading of access between all regions and urban areas in the country to ensure a high degree of accessibility to Dublin, as well as to and between other urban centres.

Rural areas are highlighted noting their natural resource and food sector potential as traditional pillars of the rural economy, which are to be supported with improved connectivity, broadband and a rural economic development fund.

Tied into a climate change plan, electric transport solutions are to be promoted with the target that no new non-zero emission vehicles to be sold in Ireland post 2030.

#5 A Strong Economy, Supported By Enterprise, Innovation and Skills

One focus area for the future economy of Ireland is the creation of places that foster enterprise and innovation and that attract investment and talent, to strengthen growth and employment potential.  This is to be achieved through building regional economic drivers through a number of initiatives including the use of IDA Property Solutions, strategic sites and grants to attract Foreign Direct Investment to serviced sites of scale with appropriate zoning and capacity.

International connectivity is stated to be crucial for the State and numerous transport improvements are to be targeted.  Airports and seaports have specific projects earmarked.

To ensure that cities, towns and villages are attractive and can offer a good quality of life to retain talent, the importance of developing public spaces, parks and streets, as well as recreational infrastructure has been highlighted.  A fund of €1 billion, as mentioned above, is allocated to strategic investment priorities in this area.

#8 Transition to a Low Carbon and Climate Resilient Society

This objective is to shape the Irish Government’s investment choices over the coming decades, in this case out to 2050, with new energy systems and transmission grids required for a more distributed, renewables-focused energy generation system, harnessing both on-shore and off-shore potential energy sources such as wind, wave and solar.

#9 Sustainable Management of Water and Other Environmental Resources

Conserving and enhancing the quality of natural and environmental resources such as water sources has been given key status.  There is also referenced an €8.5 billion investment through Irish Water to improve infrastructure and services.

Supported by significant public investments as outlined in the National Development Plan, education, childcare, and health infrastructure is cited as a strategic focus.  Proposed projects are linked to the other goals of compact urban growth and the provision of services relative to the scale of a region, city, town or neighbourhood.

The National Development Plan, the National Planning Framework, and an executive summary can be downloaded from here.

For further information on any of the above please contact Jennifer McGuire, Partner, or James Byrne, Associate Solicitor.