IORP II is Now in Force 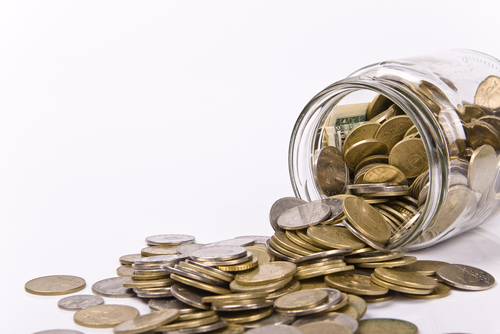 Directive (EU) 2016/2341, on the activities and supervision of institutions for occupational retirement provision (IORP II) came into force on 12 January 2017 and must be implemented into Irish law by 13 January 2019.  The Directive is the result of almost three years of discussion and negotiation.

This article discusses the key aims of IORP II, which are:

IORP II will replace the provisions of the original IORP Directive (2003/41), which came into force on 23 September 2003 and was implemented into Irish law on 21 September 2005, through amendments to the Pensions Act 1990 (the Pensions Act) and related statutory instruments.

In advance of IORP II, the Pensions Authority has already introduced defined contribution (DC) governance guidelines, but it is likely that further changes to the regulation of Irish pension schemes will be introduced.

The new guidelines already identify key stakeholders and this is developed further in IORP II, which identifies risk management, audit and actuarial as being key functions of a scheme.  Whilst an internal auditor must be independent, the risk management and auditor functions could be undertaken by the same body, e.g. a pension administration company.  However, questions have been raised as to whether those undertaking key functions could also act for a sponsoring employer.  This may be particularly relevant in defined benefit (DB) schemes which are insolvent or winding-up.

IORP II places greater emphasis on prudential management of scheme activities.  This includes the publication of a scheme's annual report and accounts, which at present they are only required to disclose to limited categories of person.

The requirement for professional trustees was dropped at the discussion level, but there will still be a collective requirement for a trustee board to have suitable experience, knowledge and qualifications.

Trustees investing a scheme's assets will now have to take account of environmental, social and governance factors when assessing the long-term impact of the investment.

Member States are also able to make it a requirement for schemes to put a depositary in place for the safekeeping of scheme assets.  Generally, Irish pension schemes give trustees discretion as to whether to entrust custodianship of assets to a nominee.

A key change here will be the requirement to provide annual benefit statements to deferred members as well as active members.  At present, the Occupational Pension Schemes (Disclosure of Information) Regulations 2006, as amended, only requires trustees to provide limited information to deferred members where so requested by such member.

The new requirement may be problematic to implement in Ireland, which has no scheme tracing service.  There may be schemes with a large number of members whose details are not presently held by the company or the trustees.

Companies and trustees should therefore consider their member tracing capability and consider whether improved databases and more regular address checks are necessary.

However Article 14.3 of IORP states that where the technical provisions are insufficient:

… the competent authority of the home Member State shall promptly intervene and require the IORP to immediately draw up appropriate measures and implement them without delay in a way that members and beneficiaries are adequately protected.

This new wording suggests that, for the first time, a cross-border scheme can be underfunded and can utilise a recovery plan (i.e. a funding proposal) to return to full funding within a limited period of time. However, this raises a couple of questions in relation to the position of Ireland's approach to cross-border schemes:

Although it may be some time before IORP II is implemented in Ireland, Irish and multi-national employers should give thought to reviewing their current pension structures and consider the impact the new requirements are likely to have upon their Irish or international operations.  In addition,   employers and trustees should also bear in mind that the Irish government is considering introducing an auto-enrolment system and give thought to whether their existing pension structures are sufficiently adaptable and cost-efficient to cope with such changes.