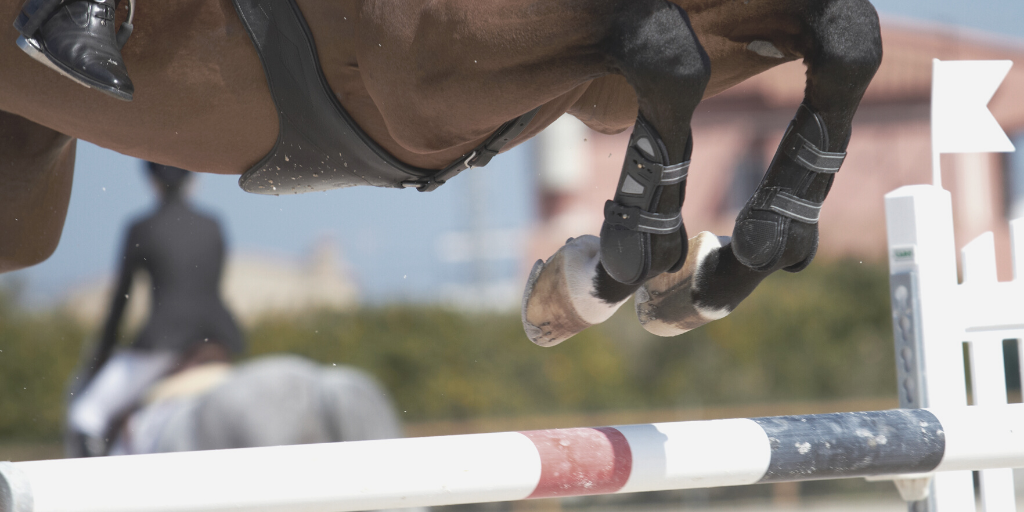 A decision by the Belgian national competition authority seems set to have repercussions for sports bodies worldwide.

The application of a so-called “exclusivity clause” imposed by Federation Equestre Internationale (FEI), the equestrian sport’s governing body, has been provisionally suspended in an interim decision made by the Belgian Competition Authority (BCA).  This means that a new international show jumping league and team competition developed under the name of the Global Champions League (GCL) is now set to be launched in 2016.

The global league for show-jumping was designed to replicate the success of motor racing’s Formula 1 franchise and is backed by Frank McCourt, the billionaire sports investor and former owner of the Los Angeles Dodgers baseball team.

The project ran into opposition from the FEI which refused to recognise the event.  The FEI sought to enforce its General Regulations (here) which contain a so-called “exclusivity clause” that prohibits riders from taking part in any non-FEI approved event for a period of six months prior to their participation in an FEI-approved event.

The contested rule is as follows:

Article 113 - Registration and Eligibility of Athletes and Horses:

All Athletes and Horses must be registered with the FEI, and their own National Federation (NF), or where appropriate with their host NF, before they can be entered and permitted to take part in an International Event, unless otherwise specified by the Sport Rules.  (See also Article 119- Sport Nationality Status of Athletes and Chapter V Horses).
NFs are responsible for registering all Athletes and Horses and shall ensure that such Athletes have the appropriate corresponding sport nationality pursuant to Article 119.  NFs are also responsible for unregistering any Athlete and/or Horse that are not competing anymore for any reason.
Any Athlete and/or any Horse not registered with the FEI and/or not fulfilling an eligibility requirement shall be automatically disqualified, unless compelling circumstances warrant otherwise.
An Athlete and/or Horse, even if registered with the FEI, is not eligible to participate in an International Event or National Event (and so may not be invited by an OC to such Event or entered by an NF in such Event) if that Athlete and/or Horse has participated, in the six (6) months prior to the first day of the International Event or National Event in question, in an Unsanctioned Event.
For purposes of Article 113.4, an ‘Unsanctioned Event’ is an event and/or a competition that is neither published in the official Calendar nor authorised by an NF.
An Athlete, Chef d’Equipe, Owner, or NF may challenge the application of Article 113.4, or seek a waiver thereof in exceptional circumstances, by application to the Secretary General.  A denial of that application may be appealed to the FEI Tribunal, such appeal to be heard on the papers without a live hearing unless the FEI Tribunal orders otherwise

Given the year-round nature of world class competitive show jumping, the exclusivity clause effectively prevented riders from taking part in non-FEI events and had impeded the launch of the GCL.

Following a complaint by the owners of the GCL, the BCA issued a decision containing interim measures less than two months after the request for interim measures.  As such, it is a first step towards establishing the illegality of the FEI exclusivity clause, but the substantive case has yet to be decided.  Under Belgian competition law, the BCA decided that there was a reasonable case to be heard and suspended the application of the offending rule pending the full hearing.

The measure was imposed in the context of an examination by the Investigation and Prosecution Service of the BCA with regard to the compatibility with the rules of competition of a clause introduced by the FEI in 2012 that excludes athletes and horses from participation in an FEI approved competition if they participated in an unapproved competition during the preceding six months. The interim measure was granted due to the risk that if the Global Champions League was prohibited in 2016, then the entire project would have to be abandoned.

Also included amongst the measures imposed by the BCA was a requirement for the FEI to communicate the news of the suspension of Articles 113(4)-(6) to its members, i.e. national federations; athletes; officials and organisers; directly or through the intermediary of their representative federations, in order to state unambiguously that no athlete or horse is liable to be suspended or sanctioned as a result of participating in a competition organised by GCL. The BCA's decision required this communication to be made in writing and through the intermediary of the news section on the FEI's website, www.fei.org.

Due to the international nature of show jumping, the decision by BCA is binding across the sport, which includes Ireland.  In some ways, this decision can be likened to the famous Bosman ruling of a Belgian court, which many argue transformed European football, by securing and protecting the freedom of soccer players to enter into contracts.

GCL's basic plea was that the FEI was abusing its dominant position over the sport and the complaint sought immediate steps to curb the power of the FEI.  Going forward, however, the case promises to expose the sometimes fraught relationship between competition laws and global sports.

By offering riders the opportunity to win prize money running into the millions of euros, the GCL argues that it is a much needed source of innovation on the equestrian scene.  In particular, it aims to attract a wider global audience by making show-jumping a team sport and more exciting to spectators.

The FEI, like the primary or governing body in many sports, maintains a close watch over the organisation of the equestrian competitions worldwide, and is responsible for high-profile events such as Olympic Games and the Nations Cup.  The FEI argues that its exclusivity clause is essential to maintain high standards of animal welfare and preserve competition by making sure that the rules are fair and in the interests of the sport.

As sports become more lucrative, and broadcasting rights generate greater revenue streams than attendances at events, an increase in complaints against sports governing bodies can be expected.  Given the widespread use of exclusivity clauses and the top-down governing style of many of these bodies, complaints are often framed under the competition law prohibition on abuse of a dominant position.

Use of EU Law in Sports Disputes

EU laws, such as competition or free movement rules, have been invoked several times in sporting disputes, with mixed success.  Perhaps the most famous case is that of Marc Bosman, a Belgian footballer who in 1995 successfully challenged rules that limited the number of foreign players per team to three and banned so-called free transfers.  After many years of appeals, Bosman eventually convinced the EU courts to grant footballers free movement rights.  In the aftermath of that case, the European Commission commenced an investigation into the International Automobile Federation (FIA), the entity behind Formula 1 motor racing, of abusing a dominant position over the world of motor sport by excluding rival events.  The FIA eventually settled the case and leased the rights to Formula 1 to a private company and authorized a number of new motor racing events.  Other EU Member States have seen investigations conducted into the conduct of organisations responsible for sports from snooker to bodybuilding.

Since the framework of many sports events represent textbook examples of monopolistic markets, competition law also has a vital role to play.  In many cases, sports associations exercise pure monopsony power because athletes who want to participate have no choice but to accept rules unilaterally imposed by the organisation.  To date, only a handful of sports federations in Ireland or farther afield have truly experienced the “Bosman effect” but there appears to be a growing trend of participants and rival organisations utilising competition law provisions in the sporting context.

For more information or clarification on any of the views expressed above, please feel free to contact Marco Hickey, Partner and Head of the EU, Competition and Regulated Markets Unit at LK Shields Solicitors. Marco is the author of Merger Control in Ireland published by Thomson Reuters in 2013.