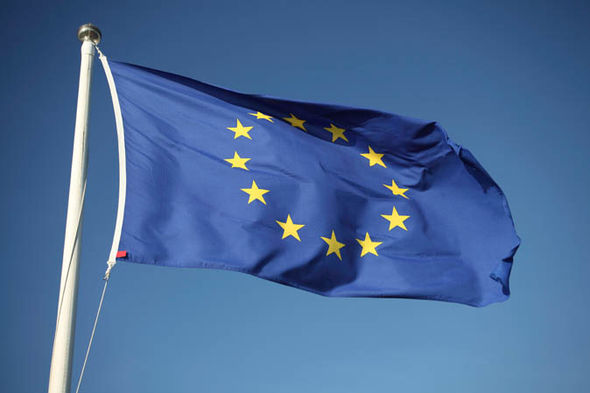 A recent European Commission merger decision involving China, France and nuclear power plants in the UK, may have an impact on merger notifications in Ireland.

A recent merger decision by the European Commission may have ramifications for the assessment of future proposed transactions involving Chinese state-owned enterprises (SEOs) investing in or acquiring Irish businesses. The decision provides guidance on how to calculate the turnover attributable to Chinese SEOs for the purposes of determining whether a transaction falls within the jurisdiction of merger control rules.  Given the lowering of turnover thresholds for notifiable mergers introduced in 2014 in Ireland, this decision could be of considerable relevance in future investments by Chinese SEOs in Ireland.

The steady increase in investment in Ireland from China has been attracting media attention recently, with much of the investment being in the technology, agriculture and financial services sectors.  With data indicating that Chinese investors placed a record $23 billion into Europe in 2015, attracting investment from China could be an option for Irish businesses in the future.  A recent Commission decision sheds light on how merger control implications may arise from such investments.

The Electricité de France (EDF) / China General Nuclear Power decision dealt with a merger through which EDF and the China General Nuclear Power Corporation (CGN) would acquire joint control over three holding companies, referred to as the NNB Companies, incorporated for the purposes of investing in newly built nuclear power plants at Hinkley Point, Sizewell and Bradwell in the United Kingdom.

The European Commission only examines larger mergers with an EU dimension, meaning that the merging firms must reach certain turnover thresholds before the transaction is notifiable.  For the purposes of calculating turnover, it is necessary to assess total "group" turnover of the firm in question across all product/business sectors by including the turnover of all the undertakings that control the undertakings concerned, as well as the undertakings controlled by such undertakings. Accordingly, defining the extent of a firm’s "group" for EU Merger Regulation is an important jurisdictional matter complicated in this case given that CGN is a State-owned enterprise and that the majority of its shares are held by the Central SASAC.

According to Article 5(4) read in conjunction with Recital 22 of the Merger Regulation and the Jurisdictional Notice, two SOEs will not be considered to be under the same controlling undertaking provided they have a power of decision independent from each other and independent of the State concerned.  The Commission's precedents (see for example EDF/Segebel) provide for the relevant criteria in order to assess whether two SOEs have an independent power of decision independent include: (i) the SOE's autonomy from the State in deciding strategy, business plan and budget; and (ii) the possibility for the State to coordinate commercial conduct by imposing or facilitating coordination.

On the facts, the Commission considered that Central SASAC can interfere with strategic investment decisions and can impose or facilitate coordination between SOEs at least with regard to SOEs active in the energy industry, and therefore concluded that CGN and other Chinese SOEs in that industry should not be deemed to have an independent power of decision from Central SASAC.  The turnover of all companies controlled by Central SASAC that are active in the energy industry should therefore be aggregated.  The Commission’s reasoning appears to be based on the fact that Central SASAC participates in major decision making, in the selection and supervision of senior management of SOEs and can interfere with strategic investment decisions.  According to the Commission, even the absence of cross-directorships with other SOEs and the existence of confidentiality provisions did not preclude Central SASAC from influencing CGN's commercial strategy.

The turnover of energy industry SOEs was sufficient to trigger jurisdiction under the EU Merger Regulation, so the Commission left open whether other SOEs in different industries should also be aggregated.

While the Commission cleared the EDF-CGN partnership without imposing conditions, it is interesting to note that the substantive competition assessment of the notified transaction also lead to the activities of other Chinese SOEs being considered.

On the facts, the Commission's investigation found that competition in the wholesale supply of electricity in the UK will not be hindered by the transaction given:

The Commission also looked at the vertical link between CGN's activities in the market for design and manufacture of nuclear islands, which is the heart of a nuclear plant, and the joint ventures' future activities in the generation and wholesale supply of electricity.

Interestingly, however, the Commission's investigation also looked to the other nuclear-related markets where CGN and other Chinese state-owned companies are active, such as instrumentation and control systems, nuclear construction services, etc., and which are upstream to the joint ventures' activities.  On the facts, the Commission found that the parties would not have the ability to foreclose competitors out of these markets.  Furthermore, although the transaction only concerns the UK market, the Commission’s investigation took into account both CGN’s and other Chinese state-owned companies’ activities in the European Economic Area and globally.

Relevance from an Irish Perspective

A proposed transaction must be notified to the CCPC if, in the most recent financial year, each of the following two Irish turnover thresholds is met.

In order to assess the application of the above thresholds to the acquisition of sole control, the “undertakings involved” are:

Care is needed in identifying the correct entity in terms of attributing turnover to the Purchaser’s Group, especially where the purchasing entity forms part of a wider group or State-owned enterprise.  In a scenario such as EDF-CGN, it remains to be seen what approach the CCPC would take.  There would not appear to be a reported merger determination, or decision of the CCPC, or the Irish courts, on the question of whether the turnover of other companies owned by the Chinese State and reporting to SASAC should be taken into account for the purposes of determining the turnover of the undertakings involved in an Irish context.

The CCPC would most likely be guided in this regard by the position at EU level as set out above.  Given the relatively low turnover thresholds in Ireland, the acquisition of even an Irish entity with low turnover (anything over €3m) by a Chinese SOE could well be notifiable to the CCPC since the Irish turnover of other Chinese SOEs may trigger a mandatory notification (where it exceeds €47m).  At all times, it should be borne in mind that any notifiable merger or acquisition which purports to be put into effect in contravention of the notification requirement is void under Part 3 of the Acts.