Are you up to speed? Broadband-related Regulations relevant to the Construction Industry 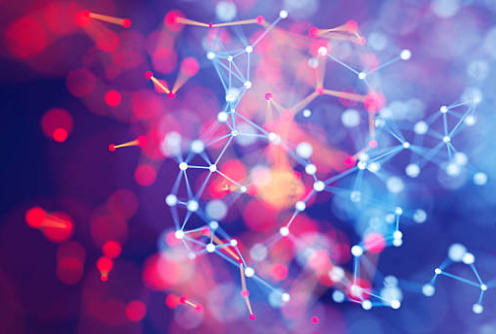 Legislation to facilitate the roll out of next generation broadband and its availability throughout Ireland was published and came into force in July 2016. Some of the initiatives and related rules introduced by this legislation are of particular importance and relevance to the construction industry and operators in this industry should ensure that they are up to speed with these.

The purpose of SI No. 391 of 2016 European Union (reduction of cost of deploying high-speed public communications networks) Regulations 2016 (the ‘Regulations’) was to implement in Ireland Directive 2014/61 of the European Parliament and Council on measures to reduce the cost of deploying the High Speed Electronic Communications Network 2014/61/EU.

The Regulations introduce a number of initiatives to address the inefficiencies widely experienced in Europe in rolling out high speed broadband networks.

In summary, the key construction related rules are as follows;

We are all aware of the importance which access to good quality internet holds in modern day life and in terms of facilitating economic growth.

With ongoing developments in technology bringing a multitude of advantages to the spheres of education, healthcare, entertainment, business, smart homes and ‘the internet of things’, the demand for access to quality high speed broadband is increasing rapidly.

Access to broadband is fast becoming a necessity of everyday life in Ireland. As demand for broadband access increases, the need for a speedy roll out of broadband networks becomes more and more important.

One of the key obstacles which is experienced EU-wide is that rolling out high speed broadband communications networks is expensive. It has however been identified that up to 80% of the costs are in fact linked to civil engineering. It has also become evident following further examination that certain efficiencies experienced in rolling out broadband infrastructure including measures relating to in-building infrastructure and access to passive infrastructure.

They also introduced initiatives relating to coordination of civil works, the sharing of utilities and infrastructure and the streamlining of permit granting.

The Regulations provide that any newly constructed and renovated buildings post-2016 must be broadband ready and that communications access points in buildings and associated infrastructures, such as ducts, must be accessible to all broadband and communication providers. These are widely referred to as the ‘broadband ready’ obligations.

The introduction of the ‘broadband ready’ obligations means that any buildings and homes for which planning permission applications were submitted after 31 December 2016 must be equipped with passive infrastructure intended to host next generation broadband up to the network termination points. What is important to note is that the Regulations apply to newly constructed homes and buildings but also to all homes and buildings which undergo major renovation works.

‘Major renovation works’ is defined in the legislation as ‘building and civil engineering works which require planning permission; and involve structural modification of the entire or a significant part of a building infrastructure relevant to broadband/communications'. It should be noted that these rules also apply to multi-dwelling buildings such as offices and apartment blocks which must be equipped with physical communications access points either inside or outside the building.

Exemptions made be permitted in certain circumstances, for example where it could be disproportionate to insist on fulfilment of the obligations. An example might be single dwellings, historic buildings, holiday homes, monuments or military buildings. To date DCENR has not yet however consulted on any specific exemptions so it is currently unclear as to the extent to which an exemption may be obtained.

Another key construction –related feature of the Regulations is that all broadband and communications networks operators will have a right to rollout their networks up to the communications access points in buildings. This means that the physical point located inside or outside a building that enables a broadband/communications connection to that building must be opened up to all network operators and it will not be possible to have exclusivity with one or two network operators.

In terms of complying with the building open access measures, where duplication of the infrastructures is technically impossible or economically inefficient, all broadband and communications network operators will have a right to access existing ducts and other in-building communications infrastructure. This is of particular relevance in respect of multi-dwelling buildings.

Where any rights of use have been granted over access points and ducts (and other in-building communications infrastructure) third party access rights must be granted under fair and non-discriminatory terms and conditions. This means that differing terms and conditions between various network operators cannot be negotiated. Special terms cannot be given to one network over another.

As mentioned above, other initiatives are also underway which it is hoped will, in conjunction with the 'broadband ready' and open-access obligations, assist in facilitating more efficient broadband network roll out.

An example is the reform of planning processes for civil works in connection with the roll out of the next generation broadband which is currently underway. Harmonisation measures are to be introduced in relation to planning applications. These envisage that all relevant information with regard to the application process will be made available through a single information point, for example a web portal, with a four-month indicative timeframe for grants or refusals of application.

Other measures aimed at increasing efficiency of high speed broadband roll out include the following;

Ireland unfortunately has not scored well recently in comparison to other EU states with respect to access to broadband of its population. According to recent studies, only 67% of households in Ireland currently have fixed broadband. A Comreg report published in September 2015 reported that at the end of 2014 Ireland ranked 7th in the world for broadband speeds, with average speeds of around 14 MBPS. Another relevant high profile initiative is the National Broadband Plan 2012 which was established with the key commitment to procure high speed broadband available across the country, with a minimum of 30 MBPS for all homes and businesses no matter how remote they were.

This is to be achieved through a combination of;

The NBP has however been criticised as a result of the many delays encountered in its implementation. It is also widely reported that, in light of the rapid developments in technology, a minimum speed of 30 MBPS is not sufficient as a minimum level of broadband speed. It remains to be seen as to what impact the Regulations will have in terms of introducing efficiencies to the roll out of broadband networks in Ireland.

In the meantime operators in the construction industry should ensure that they are complying with the new rules to the extent that they are relevant to their projects and keeping up to speed with all further developments in this area.