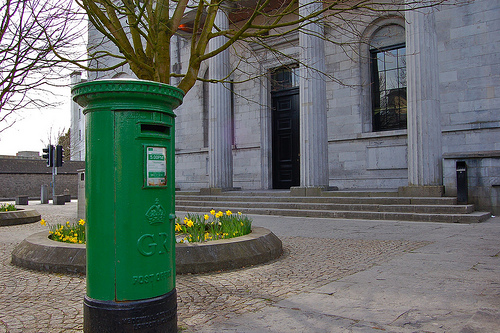 The Competition Authority (now the Competition and Consumer Protection Commission) conducted an investigation into the application of An Post’s Zonal Pricing Scheme for users of its Publication Services product between March 2012 and February 2013. (1)

The Authority conducted its investigation under section 5 of the Competition Act 2002 and under Article 102 of the Treaty on the Functioning of the European Union.

The investigation conducted by the Authority indicates that An Post sought exclusivity from publishers by making a reduced tariff for the Publication Services product conditional on
An Post providing all of a publisher’s delivery requirements. This had essentially the same effect as granting an exclusivity discount.

An Post is a state-owned operator and the historic monopolist provider of postal services in Ireland. It owns the main postal network and attendant infrastructure. It fulfils the core functions of a postal operator, namely the collection, sorting, transport and delivery of mail.

The service involves the delivery by post of newspapers and periodicals presented in bulk to An Post. An Post is the only operator to offer a nationwide service for the delivery of publications as the operations of its competitors are limited to areas in and surrounding Dublin city.

Application of the Zonal Pricing Scheme

On 5 March 2012, An Post introduced the Zonal Pricing Scheme for its Publication Services product. An Post’s zonal pricing scheme was a tariff structure whereby a higher price was applied to deliveries to rural areas and a lower price for urban areas. This involved a very significant change in the criteria whereby weight and volume were no longer to be the only parameters relevant to the determination of the final price to be paid by publishers. A new geographical parameter thus became a key factor in determining the final price.

The Authority’s main objections related to the way in which the tariff systems were applied in practice. In particular, the Authority’s investigation indicated that the changes to the tariff system were implemented in such a way as to use the geographic factor to apply higher prices to customers who did not purchase exclusively from An Post.

Specifically, the authority found that customers of the publications services who were using a competitor of An Post for deliveries in urban area were quoted the higher tariff using the geographical element as a means of arriving at a higher end price.

Furthermore, the Authority obtained evidence that, prior to the introduction of tariff changes in March 2012, An Post sought to ascertain which publishers were using a competitor for some deliveries. The Authority also found correspondence whereby An Post indicated to its customers that they needed to use An Post exclusively in order to avoid being subject to highest zonal pricing.

The Authority found that not all customers that were quoted the higher rate were eventually charged it, and that An Post charged the higher rate to some customers that used An Post exclusively. However, these facts did not affect the Authority’s view because the balance of evidence indicated that An Post actually granted discounts in exchange for exclusivity during this period.

The evidence gathered by the Authority indicated that An Post’s decision to charge the higher zonal tariff was not based only on the application of the relevant parameters (namely, weight, volume and geographical spread of the mail) but also on whether or not a particular publication was being delivered by a competitor of An Post.

In practice, the tariff that An Post charged (or attempted to charge) to publishers who used a competitor was higher, on a comparable basis, than the tariff charged to publishers who used An Post exclusively. Therefore, the Authority found that An Post was using the decision of whether or not to apply the zonal pricing scheme as a means indirectly to seek exclusivity from publishers by making a reduced tariff for the Publication Services product conditional upon An Post delivering all of a publisher’s delivery requirements.

(1) Enforcement Decision Series (E/14/001) Competition Authority (Case COM/13/005), Alleged anti-competitive conduct by An Post in the market for bulk distribution of pre-sorted publications by post in the State. October 2014.

For more information on merger control or competition enforcement issues, please contact Marco Hickey at mhickey@lkshields.ie or by telephone on +353 1 637 1522.